BUY WITH PACK BUY THIS PAGE

Startup Seeks to Keep Emergency Vehicles Safe on the Street

Startup Seeks to Keep Emergency Vehicles Safe on the Street 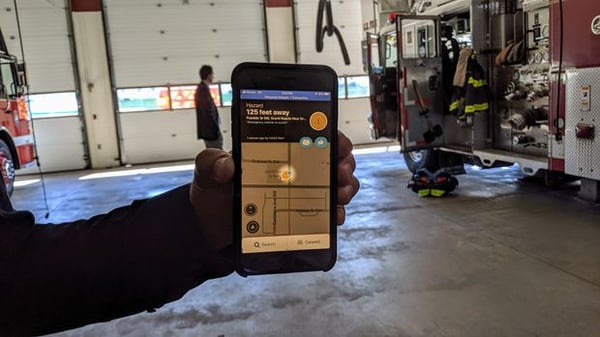 Story originally posted by Peter Nowak at The Globe and Mail

Like many of its counterparts across North America, the Grand Rapids Fire Department in Michigan is grappling with an unfortunate side effect of continually improving auto engineering and technology – namely, people crashing into its fire engines and endangering emergency responders.

Better car sound-proofing and increased distracted-driving owing to smartphones are the culprits.

“We’re sitting there with our emergency lights flashing and people are still running into us. We don’t need louder sirens and brighter lights; we need a better way to communicate with the motoring public.”

Grand Rapids is the second-largest city in Michigan with a metropolitan population of about a million. Officials believe they have found a way to better get through to drivers: vehicle-to-vehicle communication.

The city’s fire trucks are now equipped with devices that track their locations, which are then wirelessly reported to cloud servers in real time.

Those locations can then be relayed to motorists in a variety of methods, including the popular Waze navigation app, which displays visual and audio alerts of fire trucks nearby.

City officials have been so impressed with the system, they’ve extended it to ambulances and highway patrol vehicles.

“This is going to go in there whenever we get a new truck, it’s a no-brainer,” Brown says.

The system has been developed by HAAS Alert, a company started in Chicago in 2015 after co-founder Cory Hohs was nearly hit by an ambulance while on his motorcycle.

Hohs says he believed there had to be a better way to inform motorists that emergency vehicles were approaching, so he and co-founders Jigar Patel and Noah Levens got to work on building a wireless warning system.

They’ve since sold a hundred U.S. cities – Grand Rapids is the largest so far – on their system and have tested it in a number of other markets, including Winnipeg.

The company has landed deals with a number of emergency-vehicle manufacturers including E-One, Ferrara Fire Apparatus and KME to directly build its tracking technology into trucks, as well as with after-market outfitters such as Code 3 and Active911.

On the motorist side, the company says it is in talks to integrate its system with major automakers and navigation-app developers.

In Grand Rapids, HAAS Alert sent out 145,000 alerts this year up until September. The Fire Department’s Brown says it’s still early, but he’s seeing an improvement in motorist awareness. He expects to see a big jump once alerts are widely available through apps beyond just Waze.

“At first, our technology was ahead of the consumer, but now they’re starting to catch up. We’re not at critical mass yet, but we’re seeing some early positive indicators,” he says.

Collisions with emergency vehicles and responders is a problem in both the United States and Canada.

In the U.S., an estimated 6,500 accidents involving ambulances and 3,100 with fire trucks occur each year, according to the National Highway Transportation Safety Administration.

National numbers in Canada aren’t available, but Alberta and British Columbia have reported 300 and 400 annual collisions, respectively, according to the Canadian Automobile Association (CAA). Between 2008 and 2017, 230 workers in B.C. were hit by a vehicle while working on the side of the road.

In some cases, such as in Grand Rapids, the problem has become so serious that responders have resorted to using a desperate and expensive “blocker” strategy, where a truck is positioned across the road to take a sacrificial hit to protect other vehicles and crews further along.

Jonathan Foord, who was involved with the HAAS Alert test in Winnipeg last year and is now an infrastructure advisor for KPMG Canada, says the addition of such vehicle-to-vehicle warning systems is inevitable.

Foord isn’t aware of any commercial deployments in Canada yet, but he says they’ll be especially useful here since they can also signal the whereabouts of snow plows when visibility is low, such as in blizzards.

“HAAS Alert and companies like that are exposing cities to those evolutional changes where they go, ‘Oh wow, I have this and I can do that?’” he says.

The biggest challenge in getting such systems out and used by the general public, experts say, is getting the automakers and navigation app developers on board. The alerts also have to be automatic and not reliant on users pro-actively launching apps such as Waze.

“It has to be pretty seamless,” says Catherine Burns, a systems design engineering professor at the University of Waterloo. “Not everybody is using Waze so you have to get all the major nav systems.”

HAAS Alert makes roads and communities safer by delivering digital alerts from emergency response and other municipal fleets to nearby drivers. The company streams real-time alerts and other vital safety information to motorists and connected cars via in-vehicle and navigation systems when emergency vehicles are approaching and on-scene. For emergency response and roadway fleets interested in joining the Safety Cloud, click below to get equipped.

see all
Tweets by HAAS Alert

Every day, we closely monitor the news for stories about vehicle and road safety for first responders, roadside workers, and emergency vehicles of all...

This week marks National Work Zone Awareness Week, a national campaign that was first created in 1999 to educate the public on safe driving at the sta...